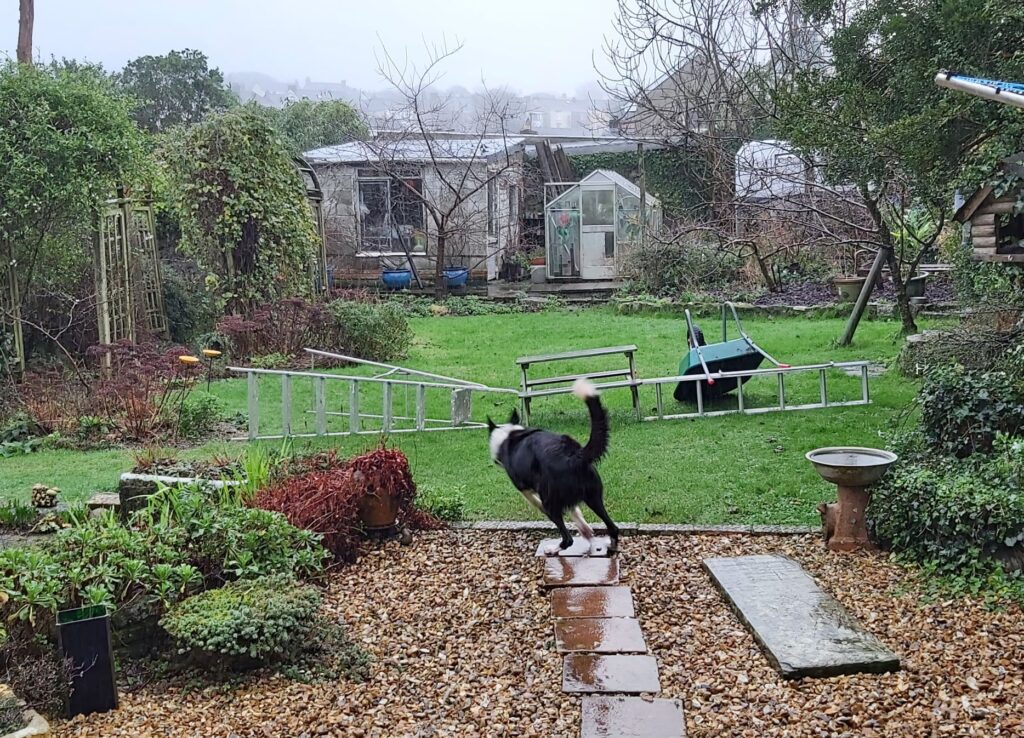 A number of folk have told me that they miss the posts from Mr. Dog….. so I have promised to get some updates done…..

Mr. Dog a.k.a. Barney here…. The garden has been barricaded to make me think…. or so the Boss says.

Where’sLez says the grass will grow back but the Boss was having none of it and now I have to hurdle or go round rather than skidding the length of the garden and turning it into a mud slide.

Where’sLez does not seem to like it when I walk on the pale grey carpet after I have skidded up the garden after catsssssssssssss….

Barney aka Mr Dog here… this morning I has my best alien look headingvinto the dark. Nobody to scare today like I did last week appearing from the gorse in the mist in my green halo with the green glow ball…. I’m sure the poor walker thought he was being abducted… but then he did not have head torch like the boss…. who picked him out in a searchlight beam.

Mr. DOG aka Barney here: two other dog walkers said, “what a well trained dog!” I eas very proud… but I find not look at the boss’ face in case he said something about the way I pull on the lead especially when I see a cattttt!

Where’sLez has strict rules for all dogs about not going on the furniture except for my window chairs in the front room so I can see out…… but I was allowed u and to be a lapdog!   I liked it for about 90 seconds and then I wanted to play ball….. 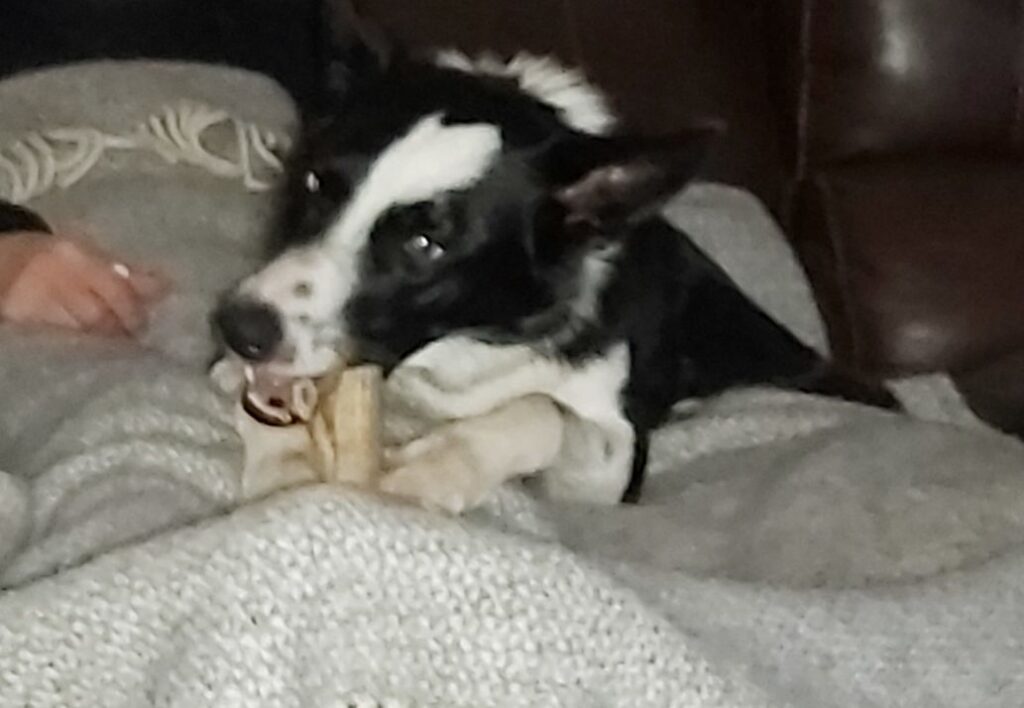 Mr Dog’s musings: we went back to the beach yesterday Where’Lez and the Boss both came for a change and took it in turns to throw the ball. They seemed very interested in bits of coloured glass that they collected….. I couldn’t understand it it, after all I am far more interesting. Where’sLez thought Nick might like a picture of the glass but I think he would rather take me for a walk.

Of Bone Yards & Sausage Making and the Delights of Daily Morning Prayer on ZOOM.

The Dominical Sacraments – Baptism and Eucharist’