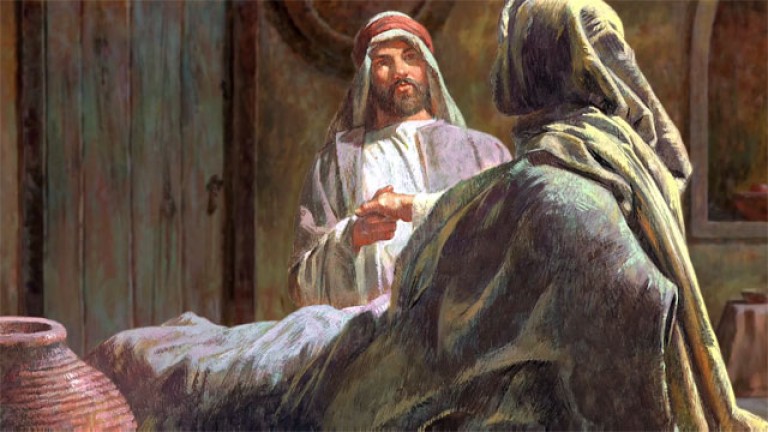 The Lectionary has requested that the reading from Acts should be read at the principal service, and as Evensong is St.Michaels’ principal service I have included in place of the OT reading.

The reading from John describes an encounter between Jesus and the Pharisees and their adherents.  It was during the Festival of Dedication, or Festival of Lights during November – December.  The crowd pressed Jesus to declare whether he was the Messiah.  Jesus was quite explicit, and concluded with the declaration – “I and the Father are one”.  It didn’t go down terribly well.  Faced with the choice Jesus lays before us, do we follow him (to coin a familiar phrase), or do we stick with how our lives have been shaped and what we know for certain.  The Jews stuck with what they had been told and what they knew.

I remember Tabitha, or Dorcas in the reading from Acts from an unsuspected source.  British Railways bought some very expensive diesel locomotives, and the first was to be named ceremonially.  On learning of the name, the GM said that it should have been Dorcas.  Why?  Because it was full of good works.  (Groan – Ed)

The story of the raising of Tabitha is charming, as is the story of the healing of the lame man in Ch.3.  The Book of Acts was almost certainly written by Luke as a second part of his Gospel, and it describes the acts of both Peter and Paul in response to the command of Jesus at his Ascension.    Both men were the means of miracles, and in a sense they continued to be taught and led by Jesus in spirit.  The Gospels take us from the earliest times to the Passion, the end of Jesus’ earthly life.

The Book of Acts takes us, uniquely, from Jesus’ Ascension forward into the first century AD.  The question that teases the mind is when and how Luke gathered his information.   And from whom.  What Luke tells us is unique.  It is the only record we have of the miraculous deeds worked through the faiths of Peter and Paul.  It is enormously valuable, detailing Peter’s post-Ascension ministry, and Paul’s journeys.  The narrative of Acts, which is thought to have been written between 80 and 90AD, contains quite detailed information on the events.  It suggests to me that for many years before embarking on his Gospel, Luke kept quite a lot of written records of the work of the Apostles which informed his Gospel and Acts.

The alternative suggestion is that Luke had a remarkably long memory for detail and chronology which of course is quite possible.  Whichever it may be, it is clear that our debt to St. Luke is beyond value and we give thanks for his words.

We continue to pray for peace in this world, especially in Ukraine, and the other parts of this violent world obscured from us for the time being by the barbarity and inhumanity of the Russian leader.  We give thanks for what we are given in love and faith, and we remember those suffering, or alone, or who are just a dear memory.

Illustrations:  St.Peter and the Raising of Tabitha. 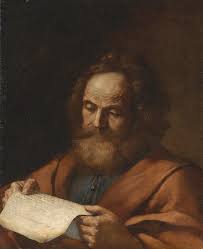 Oncology and the ‘Oarsome Foursome’