So another New Year and my resolution from 1967 is kept once more; never to make any more New Year resolutions.

If something is worth doing, or worth giving up then it is too important to leave it to a once a year attempt and should be attended to right away. After all God gives us infinite chances and has infinite patience and should we fail he will pick us up, dust us off and set us going again..

Life on the Cornish breadline – Unheard Do give a little time to this article about poverty in St Ives. It is probably something of which you are perfectly aware but it may give useful sermon material for the new year.  There seems to be little resolution from the powers that be to resolve the issues around poverty in our land and in our county. 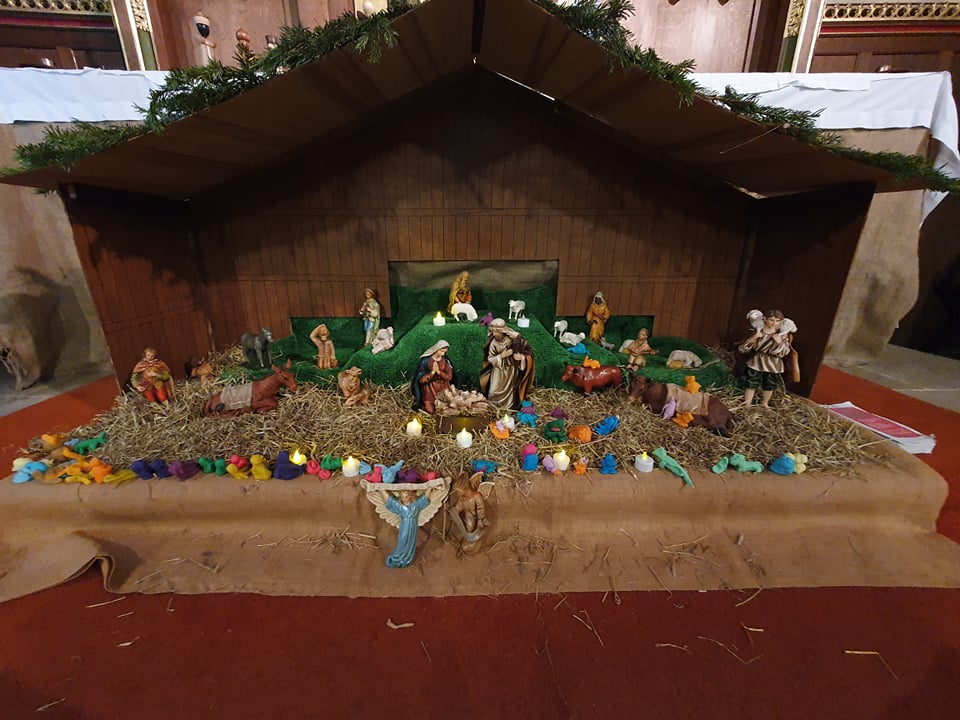 The Nativity Scene at ST Andrews- joined by playdough figures representing all those present at the Children's Service on Christmas Eve.

“In him was life; and the life was the light of men: And the light shineth in darkness; and the darkness comprehended it not.”  (John ch.1)

On the day after Christmas, another light that shone in the darkness left us, taking the hand of God, Jesus Christ.  Following in our Lord’s footsteps, this light faced the darkness of apartheid, and by faith, humility, bravery and love, overcame it.  Christianity is the poorer today.

Desmond Tutu was a man of absolute faith, with a sharp wit, a keen sense of humour and a cackle of a laugh, often deflecting anger.  He faced the evil of apartheid and all of the thuggery that was used to enforce it, and defeated it.  There were many instances of threats of violence, and even murder, which he received over the years.  In his remarkable 90 years, the priest known to many as “Arch” achieved a relatively peaceful dissolution of the cruel colour discrimination practised in South Africa by the nationalist ruling party.

A Nobel Peace Prize was awarded in 1984 for his work.  He was Chairman of the Truth and Reconciliation Commission from 1995 to 1998, where people came to confess their past deeds and express regret, bringing different sections of the community together.

A wonderful man.  One felt that, however many thousands of miles lay between us, we were his, and he was ours.  We were part of his spiritual flock.

The Gospel reading for Evensong is from Matthew’s second chapter, in which the consequences of the visit of the three wise men unfolds – the anger of a frustrated Herod, the slaughter of the Innocents, (remembered on the 28th), and the flight of the Holy Family to Egypt.  Herod died within four years, and it was safe to return to Israel, and the Holy Family settled in Nazareth, in Galilee.

There is about Matthew’s Gospel a concern to bring the narrative into close alignment with OT scripture, and the whole of chapter two is unique to Matthew.  However, there are unique events recorded in the other three Gospels, certainly in John’s, and in 2000 years or so many fine minds have analysed and challenged the Gospels, not all from a Christian viewpoint but historical.

We remembered John on 27th, something I always regret since the fourth Gospel is so important that it deserves a wider study, and not to be buried under the Christmas aftermath!  John describes many miracles, including the first at Cana, and probably the last, raising Lazarus.  He gives us the teaching of the True Vine, of the Farewell Discourse, and finally the post-Resurrection events.  In all this, he tells us who Jesus was several times and the importance of the spiritual dimension of life. 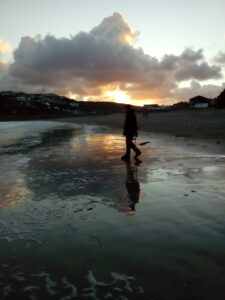 ‘When they had sung a hymn’: A Reflection on Coronavirus and Worship during 2020, by Bob Owens