On Challenge and Common Sense….

Reading the news seems a minefield these days and when it is filtered by Social Media the possibilities for disastrous conclusions are amplified many times over. Only this morning, the Times reported that it had uncovered a Russian Fake News plot to discredit the Oxford Covid vaccine trials by spreading false rumours in the countries where it hoped to sell its own vaccine.

Each day friends of different political persuasions express opinions about  from how we deal with the current pandemic and the likely consequences to the efficacy of wearing a mask etc etc and many of them quote ‘scientists’ and other ‘experts’  to back up their often contradictory arguments. Without grinding any particular axe or position in the debate I would suggest that it is as well to remember that scientists and other experts are human too and just because science says something now does not mean that it will not be disproved in the future ….. or it might be confirmed. Take some of the following famous quotations from experts:

Not only are people fallible, they are  also influenced by the world around them. A study on respiratory diseases by a tobacco company sponsored research project might lead us to be rightly sceptical of its findings, just as would a an environmental impact report by a Brazilian logging company.

My point? Let’s encourage people to question, to challenge and to use common sense. Arguing ourselves into a corner is not helpful and we need to be open to challenging ourselves and our own stances too.

Is there a knock-on effect for preaching?

The Annual Service for the Readers (licensed Lay Ministers) of the diocese was very different this year being entirely online using ZOOM.  It proved to be a heart-warming and thought-provoking experience with much joyous chat both before and after the service.

Bishop Hugh led the service and licensed Roy Cooper from the Calllington Cluster and reaffirmed the licenses of those who had been able to attend the small service in the Cathedral the week before.

Chris Clark (PTO) and Michael Waring who is licensed to serve in Poughill & Killhamptonn with Morwenstowe as well as Stratton and LAucells.

Liz Lane, who was herself licensed as a Reader only last year preached the sermo and new Reader Roy Cooper led the intercessions.

It was also good to be able to thank the Readers who have served in the Diocese but whose services have been lost in the last twelve months. In the last year two Readers have died; Graham Hindle and Lesley Boyden  and a number of Readers are, through varying circumstances, no longer ministering 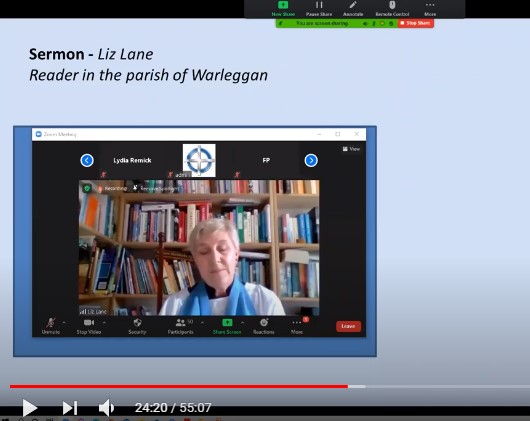 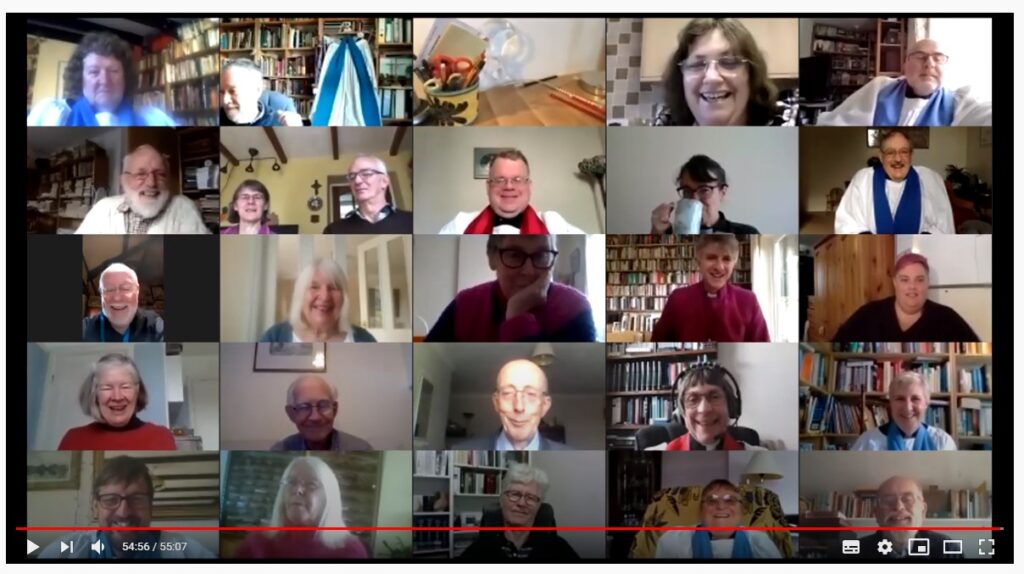 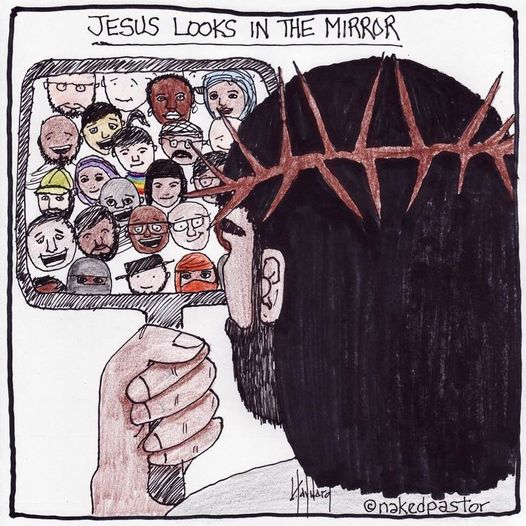 Of Zooming & streaming after we are allowed to discard our masks and sing….