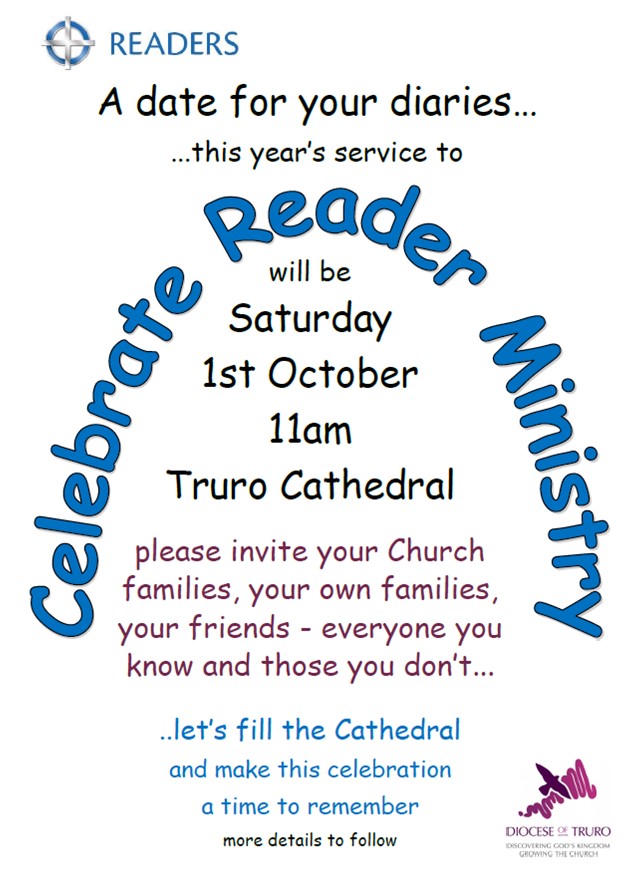 This week I had a lesson in how to use he CMS (Contact Management System) with the very patient Lesley Fusher, which holds all the records for the Diocese. In future all emails from me will come through that system.

The advantage is that only one list will have to be kept up to date.  The disadvantage, at least initially, is that some Readers may drop off the list and some folk who have requested to be kept in touch but are not on the CMS database might miss out.  If that is you, perhaps because you live outside the diocese or because you hung up your blue scarf some years ago, then please let me know and I will make a separate group and forward the emails to you. I have found one already, Chris K.!

Last Week was the meeting of the Warden’s Group which is the key group who look after Readers and promotes Licensed Lay Ministry.

Various topics are discussed from the Annual Reader Service planning to queries from individual Readers and from the Handbook updates to Reader Safeguarding matters.

More news on this towards the end of the summer when we hope to have a draft to send out for consultation and comment.

A bumper sticker on the Choral Evensong Appreciation Group page on Facebook…. I could not resist sharing this with Martin Adams – it may well appeal to some of you! 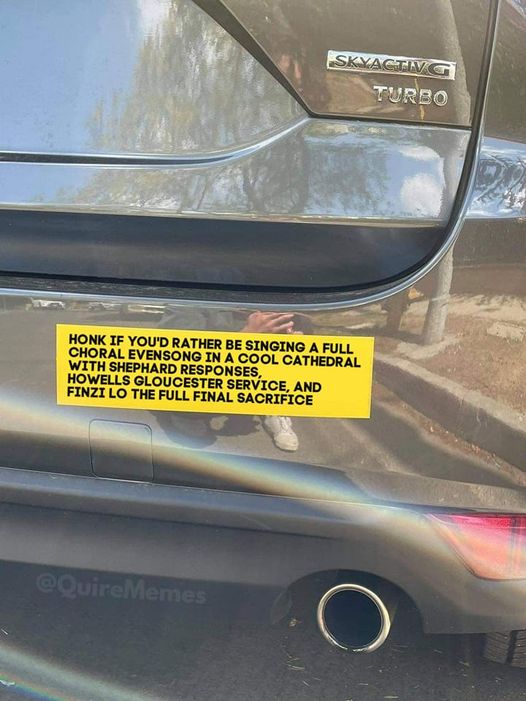 126 CV TRINITY VII 310722 This is a link to Peter Coster’s latest weekly posting on his thoughts for this Sunday- I always look forward to Peter’s contributions- there is always something that sets me thinking.  When we think of Readers as being Community theologians who teach, preach and enable everyday faith, Peter really hits the mark.  The experience of being a Reader is very varied throughout the diocese and where it is difficult to work in a team, perhaps because of transition or because then incumbent is unwell or even, on occasion, unwilling, Readers have to find creative ways of fulfilling their roles. Peter’s weekly emailing is a wonderful example of a creative approach to reaching people. 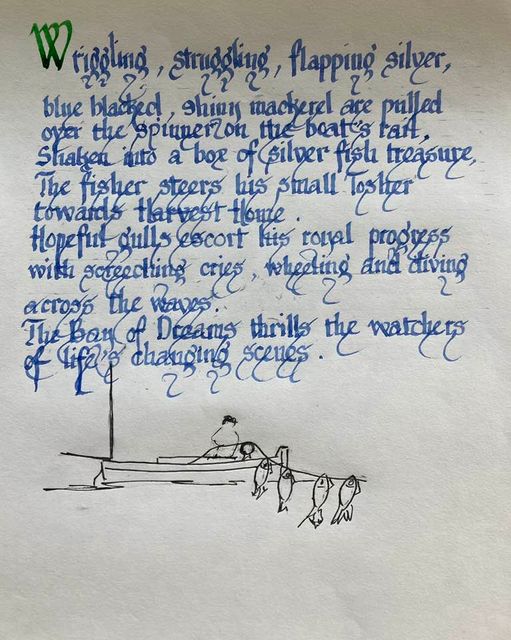 Some Readers are using social media creatively to reach people and one of those is John Wallis who uses Facebook to keep his presence and promote conversation.

In the Reader Service this year Rev Canon Jane Kneebone, our outgoing head of Reader Training will be preaching a her last official contribution to the Readers.  At that service some Readers have been asked to tell us about how they enable everyday faith which should be very interesting, and, I hope, inspiring!